Host Sharaad Kuttan tweeted that the Let’s Talk episode would be postponed just five hours after he announced Afifi as a guest.

Titled ‘LGBTQ – Favourite Whipping Boy?’, it was due to air on Tuesday night (14 May).

Afifi told Gay Star News he found out via Twitter. He said he was ‘disappointed’.

Amid rising anti-LGBTI sentiment in Malaysia, a lot of people online called for the show to be canceled.

Guess how long it for the show to be postponed since it was posted?

Even Ramadhan bazaar stays open longer than that! 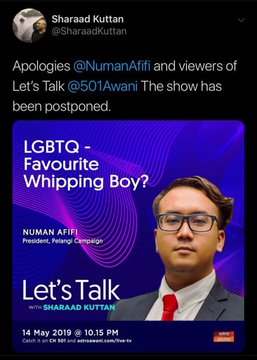 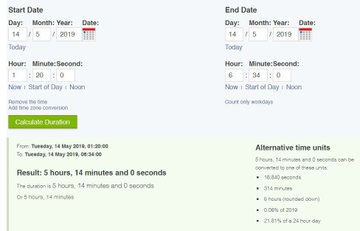 91 people are talking about this

‘It would have been one of the first mainstream TV talkshows in Malaysia to feature an openly gay man’ Afifi said.

‘By canceling the show, I cannot get across the advocacy that I have been working on and I cannot share 1001 stories of resistance of my fellow LGBTQ folks’.

Afifi told Gay Star News he had taken the opportunity to call on the government to engage with LGBTI people.

‘Harassment and discrimination are getting worse’ he explained. ‘LGBT youth are becoming increasing suicidal’.

And here I was thinking we now have a more free media in Malaysia. Such a shame. Was looking forward to listening to @NumanAfifi .

No shade to @SharaadKuttan , I’m sure he tried his best.

Apologies @NumanAfifi and viewers of Let’s Talk @501Awani The show has been postponed. 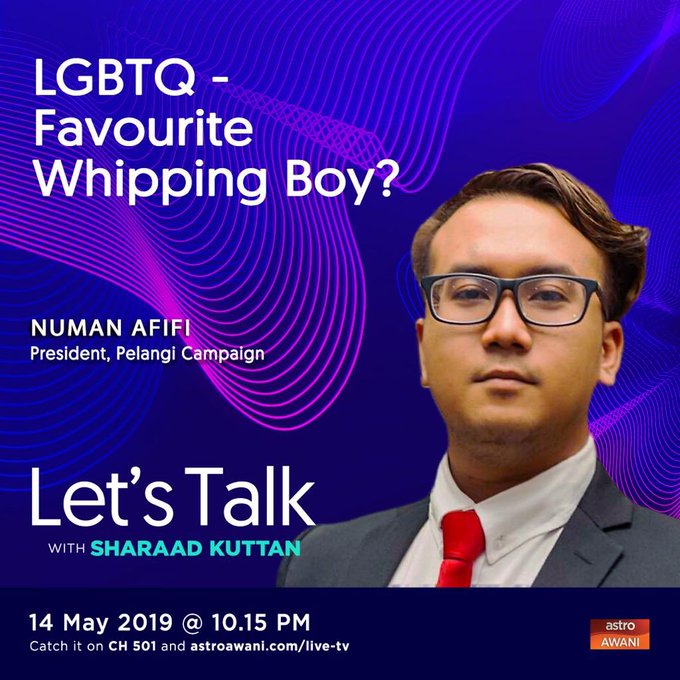 35 people are talking about this

Muslim-majority Malaysia is becoming increasingly hostile to its LGBTI population.

In September, the prime minister said the country could not accept LGBTI rights. The tourism minister there are no homosexuals in the country.

On the talk show, Afifi said he addressed the police intimidation he has suffered recently.

In March, Afifi gave a speech to the UN Human Rights Council in the Swiss city of Geneva.

The 27-year-old read out a statement composed by a coalition of Malaysian LGBTI rights groups.

The statement was critical of the country’s record on LGBTI rights. A number of people attacked Afifi online following his speech

Police questioned Afifi following a public backlash over his comments.

The openly gay rights advocate pledged to keep ‘[speaking] out against discrimination’ following his arrest.

In July last year, Afifi stepped down from his role as press officer for the Youth and Sports Minister due to the threats and abuse he received because of his sexuality.

Secular and humanist. View all posts by shamsthought